LHR Marine, a dynamic global family run business offering an extensive range of products for the Marine and Oil & Gas Industries.  Our business has been built using an honest approach and we offer a refreshing business outlook by working with our clients to exceed the levels of service that they should expect from their suppliers.

Due to LHR Marine's excellent growth in the past decade, we have recently moved to a new head office at Portlethen in Aberdeen, which allows us manageable expansion to cater for our clients requirements.  Our worldwide expansion has now begun with the opening of our first dedicated overseas office in Perth Australia in 2007 and our recent successes include global agreements with major subsea shipping companies and international mooring companies which have been established from our service provision for over the last ten years in Aberdeen. 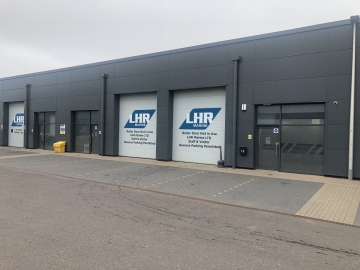