Home About Us Our Suppliers

TRACTEL® - founded in 1941 – became well known when they acquired a license for the TIRFOR® hoist (a pulling and lifting machine that operates with a wire rope passing through the machine).  At the time, the TIRFOR® hoist was a revolution as it made it far easier to manoeuvre various types of load.

TRACTEL® never stopped improving the TIRFOR® and the numerous patents are a testimony to the functional and industrial application improvements made over time.  In 1975, a new generation of motorised hoists arrived with the introduction of the TIRAK™ hoist.  Today, thanks to the TIRFOR® and TIRAK™ hoists, the TRACTEL® Group has become the world leader in both the production of manual traction hoists with wire ropes passing through the machine and the production of electrical traction hoists for suspended scaffold.  TRACTEL® is also the world leader in the production of permanent access machines and platforms for building maintenance facades.

Innovations also came in the 1980’s with the introduction of a range of Dynamometers with digital displays with maximum capacity of 250 Tonnes, all under the brand name DYNAFOR™.  In the 1990’s, thanks to its mechanical engineering know how, the TRACTEL® Group successfully entered the market for height safety equipment and became a world leader in this field.

TRACTEL® can provide its customers with the industry’s most advanced solutions to some of the most challenging requests. 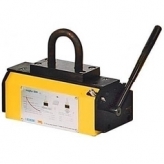 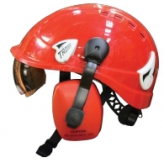